You are here: Home / Buyers / Good News for Homeowners with Flood Insurance!

The bill (S.1926) delays certain premium hikes mandated by the Biggert-Waters Act that Congress passed in 2012. It also gives the Federal Emergency Management Agency time and resources to conduct an affordability study on how the premium increases will impact homeowners and improve the financial condition of the National Flood Insurance Program.

Charging unaffordable premium hikes will only drive homeowners out of the flood program, increase disaster costs, and leave NFIP in worse financial shape, according to Menendez.

The Senate bill specifically prevents situations where a homebuyer has to pay the fully unsubsidized annual flood insurance premium at closing.

“Since higher premiums would kick in whenever a home is sold, still-struggling housing markets across the country could stumble if Congress allows flood insurance rates to skyrocket,” Reid says.

The next step is for the Senate to actually pass the flood insurance bill. Sen. Mary Landrieu, D-La., is pushing to a get a final vote by end of this week.

“I remain hopeful that in the coming days, with the facts on our side, continued support of our constituents and the backing of business groups, this bill to delay the most dangerous parts of Biggert-Waters will pass,” says Landrieu.

The 86-13 vote in the Senate is expected to put pressure on House leaders to take up the flood insurance bill, which they have resisted so far. 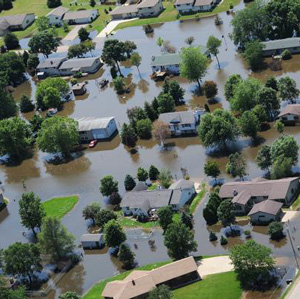